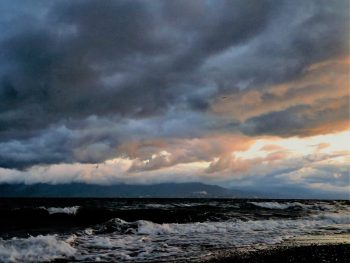 For most of my adult years I firmly believed I had nothing to do with racism, white supremacy, white privilege and similar concepts. I was peacefully sure that they did not apply to me whatsoever, and that, if anything at all, I could only be labelled as an anti-racist or something alike.

And I had very solid reasons for that belief.

You see, I grew up in Yugoslavia, which was one of the initiating countries of the Non-Alignment Movement that focused on fighting racism, imperialism, colonialism and, during the cold war, posing as a third way, between NATO and Warsaw Pact. Most members of the Non-Alignment Movement were from the Global South (Yugoslavia was the only European member) and membership consisted of about two thirds of UN member.

So we were brought up within the ideology that the West was really corrupt and evil, all about money and capitalistic abuse of workers. And that the East was just plain stupid and cruel. Yet, that African countries, for example, were the holders of innocence, beauty, honesty, virtues… Our villains were both Reagan and Brezhnev, while our heroes were Kenneth Kaunda of Zambia, Yomo Kenyatta of Kenya, Nelson Mandela of South Africa, Jawaharlal Nehru and Indira Gandhi of India, Gamal Abdel Nasser of Egypt, … etc.

So when I decided to run away from home and from my meaningless life at 17 (you can read more on that in my memoir This Miraculous Life), I naturally ran to Africa and did not think even for a moment to go West or East. No, Africa was the place to go, that was the promised continent for me. This was where I would find sisters and brothers, peace and love, meaning and joy. Africa was the promised land.

Also later I was always drawn to travel extensively in the so called Third World, Global South, get excited and inspired by meeting the cultures… I considered myself as a champion for diversity, love, equality… A true global citizen indeed.

So, white supremacy, racism? Absolutely not my issue!

And how shocking it was when, as I finally gathered enough courage to explore my own cultural conditioning and blind spots, these stories of mine started to fall apart. Most of them as I was grinding my way through the excellent book Me and White Supremacy by Layla Saad, as I discovered, again and again, that practically every topic explored in this book had a spot somewhere in my cognitive realm, somewhat colouring the lenses through which I perceive and interpret the world. Suddenly the illusion of my innocence and not being affected is gone. As well as the illusion of me being above and beyond these culturally conditioned divisions. And many more.

While it is at moments scary, disorienting and embarrassing, it is also relieving.

By not having to protect my image of “a nice white guy” anymore, I am able to see what are the culturally conditioned traces of white supremacy and racism in the fabric of my being, and I can bring them to the light, lovingly, and then choose how do I want to proceed.

It is not about blame, fault, guilt, right and wrong. It is about courage to meet my own shadows and about the way I want to show up in this life. And it is about how do I want to nourish and co-create it.