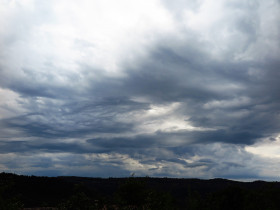 Today, at the last day of the 9-day International Intensive Training in Nonviolent Communication here in Indonesia, where I have an honour to serve as a trainer, we had a heart-shattering sharing in the morning circle.

A participant, aboriginal Australian, shared with us a story of massacres that his mother survived and told him about. White settlers were attacking the aboriginal tribes, killing peaceful tribal members, chopping their heads off. They were dragging children, tied to horses by their legs, through bush and piled them up, covered them with wood and burned them alive. There were many attacks on their tribe between 1918 and 1929.

Upon hearing this, the whole circle of about 80 participants, went silent. Tears were flowing down our cheeks, hearts were beating hard, and sobbing was heard from various directions. Another participant shared that as late as in 1965 white farmers were still issued permits to shoot down larger numbers of aborigines…

Suddenly a space of the awareness of incredible history of violence opened up, and the air got really thick. 12 millions of Africans enslaved and shipped between during the time between 16th and 19th centuries (2 million of them died aboard ships), countless massacres of Jews throughout the history…, actually, it seems an impossible task to try to have an overview over the history of violence. The soil of the planet is impregnated by blood. By blood that is still dripping all over.

There was sadness, pain, shame and deep mourning in the room, and also awareness among us, the privileged white people, that our privilege stands on the past violence over lives and the land that were taken from indigenous people from all over the world.

It is so incredibly easy to deny this. It is so easy to say: “Well, it was not me, I would never do that.” Really? Were our ancestors really so much different from us?

I believe the first step on the way to shift the paradigm of violence is to acknowledge and mourn, with all our hearts, in all our humility and openness, all the violence that had been and still is being performed. And to acknowledge the fact that we are, right now, living our lives on the foundations of violence, past and present. This can open our eyes and hearts to a bigger reality, in which there is no us and them, but us only. And then compassion to the whole can lead us to, passionately, hold hands while together changing this world of ours.

As Marshall Rosenberg said: “I am afraid of spirituality that enables us to blissfully sit in our rooms, while 30.000 children die every day of hunger and malnutrition.”